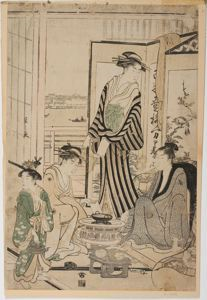 Your current search criteria is: Object is "View of the Sumida River from the Temporary Quarters of the Ãgiya in Nakasu".