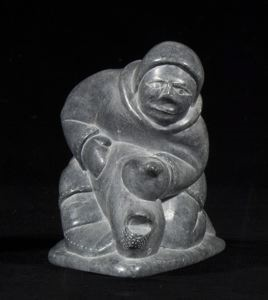 
Keywords Click a term to view the records with the same keyword
This object has the following keywords:
Animalia*, Canadian*, hunters*, Native American*, sculpture*, soapstone*
Exhibition List
This object was included in the following exhibitions:
Portfolio List Click a portfolio name to view all the objects in that portfolio
This object is a member of the following portfolios:

Your current search criteria is: Object is "Hunter and Seal".