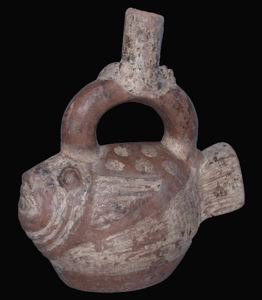 Your current search criteria is: Object is "Stirrup-Spout Vessel Depicting a Fish".