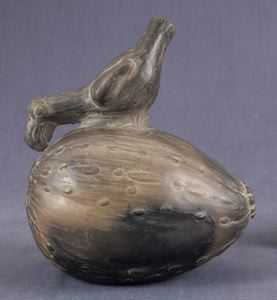 Your current search criteria is: Object is "Effigy Bottle Depicting a Parrot on Gourd Shaped Fruit".