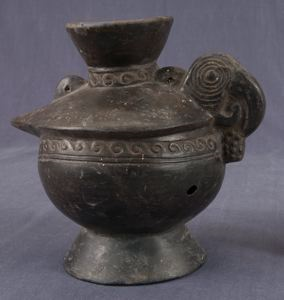 Your current search criteria is: Object is "Jar Representing a Bird Eating Fruit".