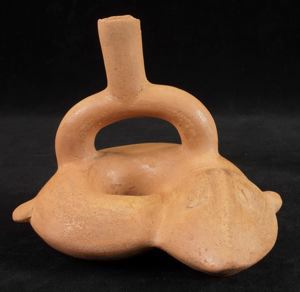 Keywords Click a term to view the records with the same keyword
This object has the following keywords:
ChimÃº, clay*, Late Intermediate Period*, Peruvian*, stirrup jars*
Additional Images Click an image to view a larger version

69.1.218_BMC_t.jpg
Comparanda List
The following Comparanda exist for this object:
Portfolio List Click a portfolio name to view all the objects in that portfolio
This object is a member of the following portfolios:

Your current search criteria is: Object is "Stirrup-Spout Vessel Depicting a Sand Shark".