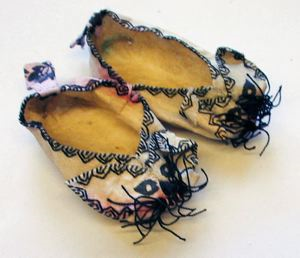 Pair of Toy Children's Shoes with Face of Feline