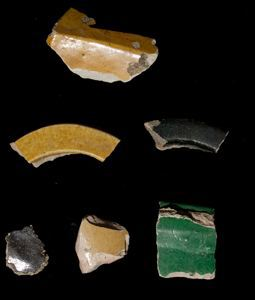 Keywords Click a term to view the records with the same keyword
This object has the following keywords:
architectural elements*, Asian*, ceramic*, Chinese*, fragments*, roofing tile*
Additional Images Click an image to view a larger version

TN.137_BMC_f_3.jpg
Portfolio List Click a portfolio name to view all the objects in that portfolio
This object is a member of the following portfolios:

Your current search criteria is: Keyword is "YUBH:YUBI:BGLWX:BGLXB:BGLXF:BGLXR:BGLXX:BGMSZ" and [Object]Object Type Sub 1 is "Architectural Elements".