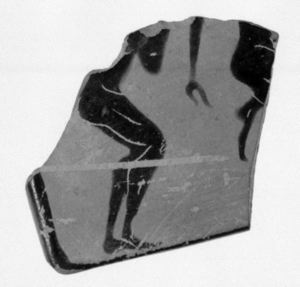 Your current search criteria is: Object is "Black-Figure Pinax Sherd with Figural Decoration ".