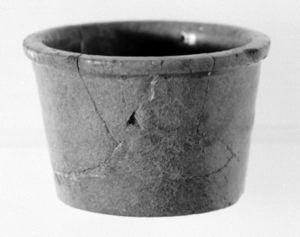 Classification: Containers and Vessels; Vessels; Cups
Culture/Nationality: Egyptian
Keywords Click a term to view the records with the same keyword
This object has the following keywords:
cups*, Egyptian*, faience*
Additional Images Click an image to view a larger version

F.165_BMC_o_2.jpg
Exhibition List
This object was included in the following exhibitions:

Your current search criteria is: Object is "Reproduction (?) Cup".