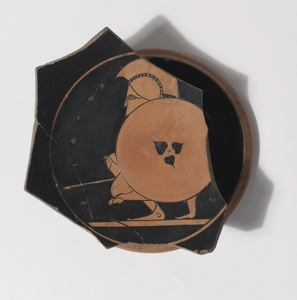 A hoplite, inscribed no pais [kalo], kneels in ambush, spear ready by his side. This image illustrates well the protection afforded by a hoplite's large circular shield, crested bronze helmet, and greaves covering the shins.