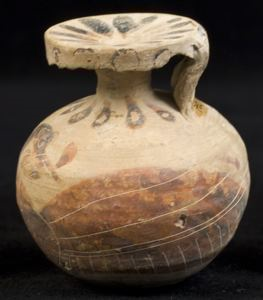 Your current search criteria is: Object is "Late-Corinthian Aryballos (Oil Flask) with Bird".