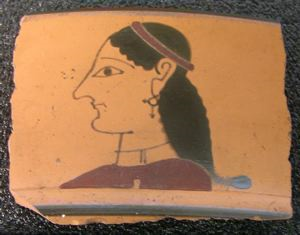 Your current search criteria is: Object is "Attic Black-Figure Outline Kylix (Drinking Cup) Fragment with Head of a Woman".