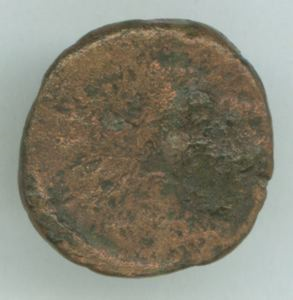 Byzantine Pentanummia of Antioch Issued by Justin I or Justinian I(?)