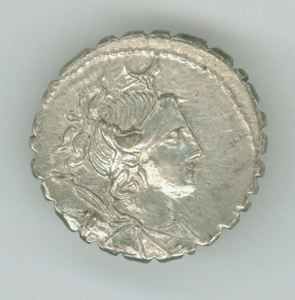 Your current search criteria is: Object is "Republican Denarius Serratus of Rome Issued by A. Postumius A.F. S.N. Albinus".