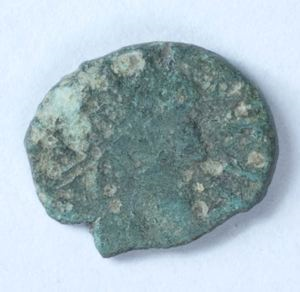 Your current search criteria is: Object is "Byzantine Bronze 4 Issued by Eugenius or Ancient Forgery (?)".