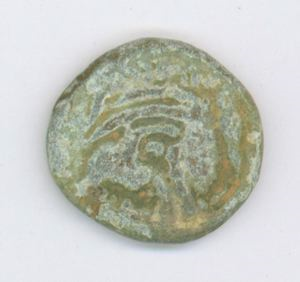 Your current search criteria is: Object is "Hellenistic Bronze Coin of Macedonia Issued by Antigonus Gonatas or Doson (?)".