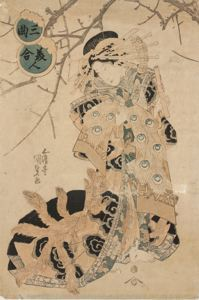 Your current search criteria is: Object is "Beauty Playing a Bamboo Flute Musical Instrument, from the series Sankyoku Bijin Awase (Beauties of the Three Instruments)".