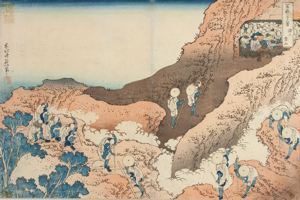 Your current search criteria is: Object is "People Climbing the Mountain (Shojin tozan), from the series Thirty-six Views of Mount Fuji (Fugaku sanjÃ»rokkei) ".