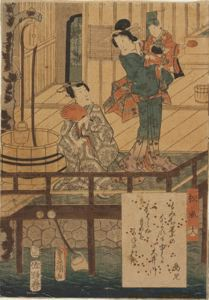 Your current search criteria is: Object is "Ch. 18, Matsukaze, from the series The Color Print Contest of a Modern Genji (Ima Genji nishiki-e awase). ".