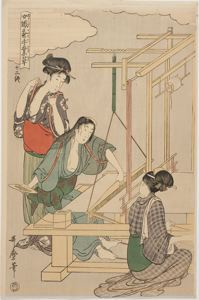 No. 12, The End, from the series Women Engaged in the Sericulture Industry (Joshoku kaiko tewaza-gusa)