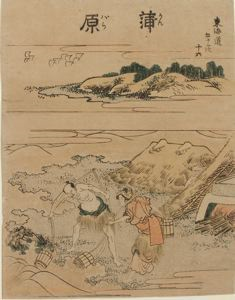 Your current search criteria is: Object is "Kambara, from the series Fifty-three Stations of the Tokaido (Tokaido gojusan tsugi) ".