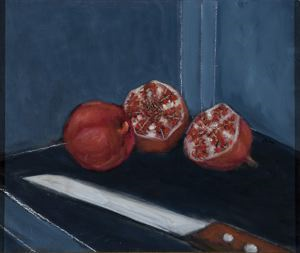 Oil and chalk on board