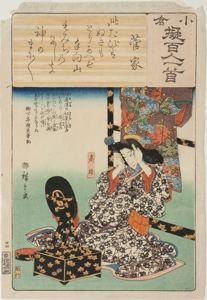 Your current search criteria is: Object is "Takao, from the series Ogura Imitations of One Hundred Poems by One Hundred Poets (Ogura nazorae hyakunin isshu)".