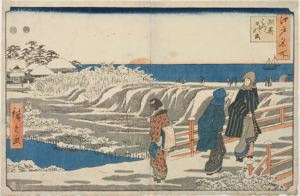 Your current search criteria is: Object is "Sunrise on New Year's Day at Susaki (Susaki hatsu hinode), from the series Famous Places in Edo (Edo meisho)".