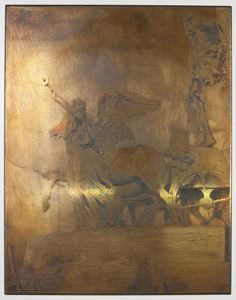 Etching Plate for Top of the Brooklyn Arch