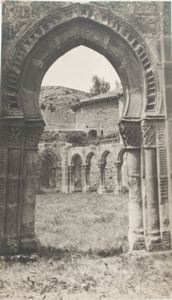 The Knight's Cloister by the Duero