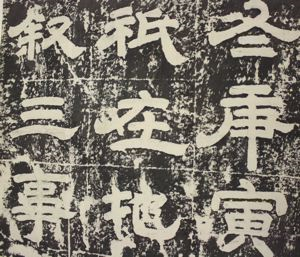 2011.27.99_BMC_d_6.jpg
Exhibition List
This object was included in the following exhibitions:
Related Object(s) Click a record to view

Tang Clerical Script Calligraphy (four of eight)
2011.27.98
Portfolio List Click a portfolio name to view all the objects in that portfolio
This object is a member of the following portfolios: