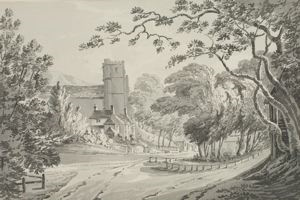 Pen and ink with wash on paper

Your current search criteria is: Related to "James Bourne".