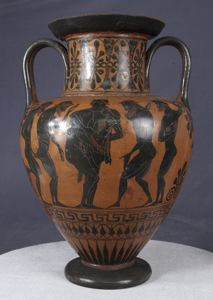 Your current search criteria is: Portfolio is "Doreen Canaday Spitzer Collection" and [Object]Culture-Nationality is "Greek, Athenian" and [Object]Display Artist is "Medea Group".