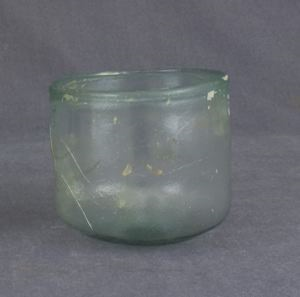 Your current search criteria is: Portfolio is "Ancient Glass" and [Object]Period/Era/Dynasty is "Imperial (Roman)-Late Antique" and [Object]Country of Creation is "Possibly Cyprus" and [Object]Culture-Nationality is "Roman".