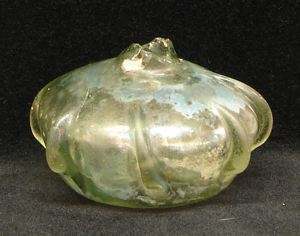 Body of an Unguentarium with Pinched Ribs

Classification: Containers and Vessels; Vessels; Unguentaria
Culture/Nationality: Syrian (?)
Keywords Click a term to view the records with the same keyword
This object has the following keywords:
blown glass*, glass*, unguentaria*
Additional Images Click an image to view a larger version

Your current search criteria is: Portfolio is "Ancient Glass" and [Object]Period/Era/Dynasty is "Imperial (Roman)-Late Antique".