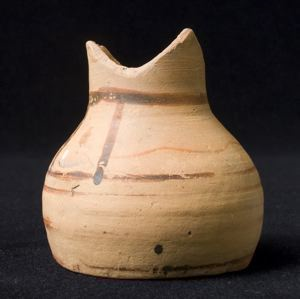 Your current search criteria is: Portfolio is "Attic Pottery" and [Object]Country of Creation is "Greece" and [Object]Object Type Sub 1 is "Vessels" and [Object]Period/Era/Dynasty is "Geometric".