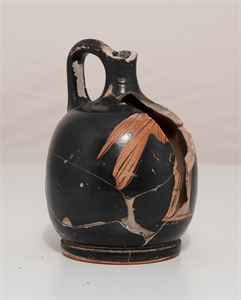 P.1490_BMC_pr.jpg
For a photogrammetry model of this object please contact artandartifacts@brynmawr.edu or see: https://sketchfab.com/3d-models/attic-red-figure-lekythos-425-bce-to-375-bce-7396efa996e246588cac7aa11c58d6d0
Exhibition List
This object was included in the following exhibitions:
Bibliography List
The following Bibliography exist for this object:
Portfolio List Click a portfolio name to view all the objects in that portfolio
This object is a member of the following portfolios:

Your current search criteria is: Portfolio is "Attic Pottery" and [Object]Country of Creation is "Greece" and [Object]Display Artist is "Group of Carlsruhe 280".