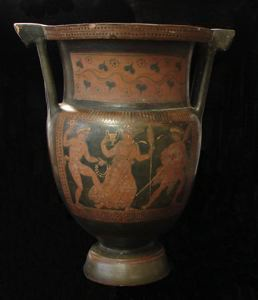 P.232_BMC_f.jpg
For a photogrammetry model of this object please contact artandartifacts@brynmawr.edu or see https://sketchfab.com/3d-models/south-italian-red-figure-krater-ca-330-bce-d5b03286f95f4746a47ee87834ae8fdc
Dimensions
Portfolio List Click a portfolio name to view all the objects in that portfolio
This object is a member of the following portfolios:

Your current search criteria is: Portfolio is "South Italian Pottery" and [Object]Display Artist is "Painter of Athens 1680".