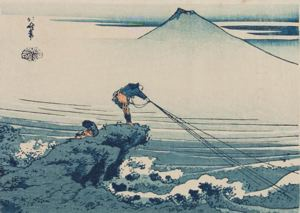 Your current search criteria is: Portfolio is "Prints from Thirty-Six Views of Mount Fuji" and [Object]Century is ".