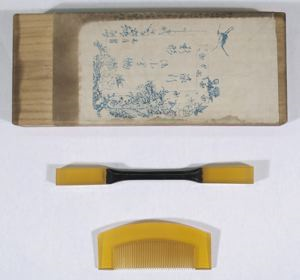 2004.3.2.a-c_BMC_f_8.jpg
Exhibition List
This object was included in the following exhibitions: <!--#4DEVAL gsFunc_SortRecords (->[Object_Biblio]seq_ID; ">";[Biblio_Citation]Doc_Date;"<")--> : ## Error # 54
Bibliography List
The following Bibliography exist for this object:
Portfolio List Click a portfolio name to view all the objects in that portfolio
This object is a member of the following portfolios:

Your current search criteria is: Portfolio is "A Curious Group: Fauna" and [Object]Country of Creation is "Japan" and [Object]Century is "19th century".