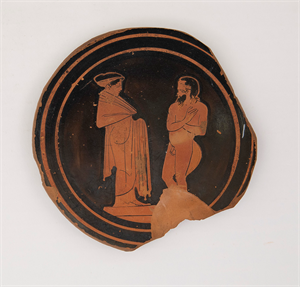 Related Publications Click for more information
Bibliography List
The following Bibliography exist for this object:
Portfolio List Click a portfolio name to view all the objects in that portfolio
This object is a member of the following portfolios:

Your current search criteria is: Portfolio is "Kylikes with Tondo Painting" and [Object]Display Artist is "Lid Painter".