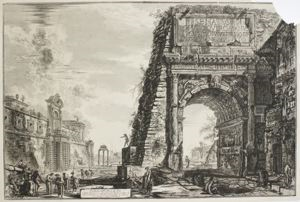 Your current search criteria is: Portfolio is "Old Master Era and Related Prints" and [Object]Display Artist is "Giovanni Battista Piranesi" and [Object]Culture-Nationality is "Italian".