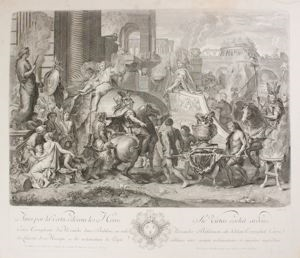 Triumphal Entrance of Alexander into Babylon

VP.239_BMC_f_4.jpg
Portfolio List Click a portfolio name to view all the objects in that portfolio
This object is a member of the following portfolios:


Your current search criteria is: Portfolio is "Old Master Era and Related Prints" and [Object]Display Artist is "Pierre Picault".