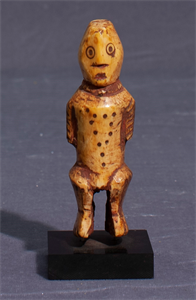 Carved and incised ivory with pigment

Your current search criteria is: Portfolio is "Mace and Helen Katz Neufeld Collection" and [Object]Display Artist is "Unknown Lega".