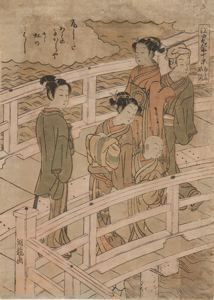 Clearing After the Storm at Ryogoku, from the series Ten [Fashionable] Views of Famous Places in Edo ([Furyu] Edo meisho jikkei)