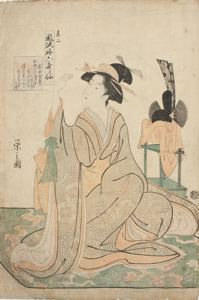 Woman as the Poet Ariwara Narihira

Your current search criteria is: Portfolio is "Asian Prints" and [Object]Century is "19th century" and [Object]Display Artist is "Hosoda Eishi".