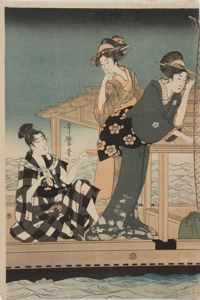 X.1007_BMC_f_2.jpg
Exhibition List
This object was included in the following exhibitions:
Related Object(s) Click a record to view

X.1008
Portfolio List Click a portfolio name to view all the objects in that portfolio
This object is a member of the following portfolios:

Your current search criteria is: Portfolio is "Asian Prints" and [Object]Century is "19th century" and [Object]Display Artist is "Kitagawa Utamaro".