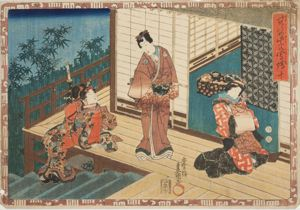 No. 10, from the series Magic Lantern Slides of That Romantic Purple Figure (Sono sugata yukari no utsushi-e)

Your current search criteria is: Portfolio is "Asian Prints" and [Object]Century is "19th century" and [Object]Display Artist is "Utagawa Toyokuni".