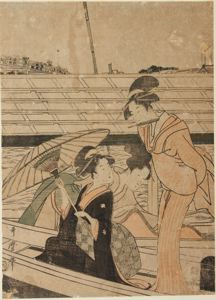 Boating Party on the Sumida River