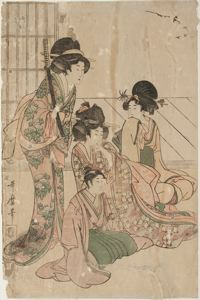 Three women and a boy