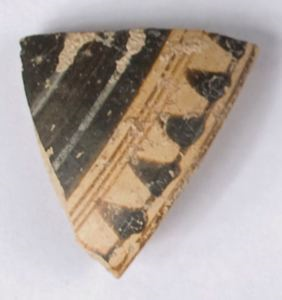 Your current search criteria is: Object is "Early Corinthian Conical Oinochoe Base Sherd".