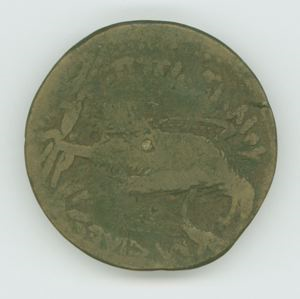 Your current search criteria is: Object is "Hellenistic Copper Coin of Egypt Issued by Ptolemaeus IV, Philopator I".