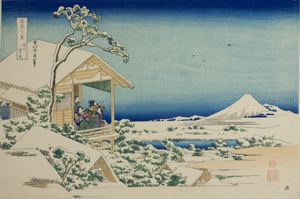 Your current search criteria is: Object is "Snowy Morning from Koishikawa (Koishikawa yuki no ashita), from the series Thirty-six Views of Mt. Fuji (Fugaku sanjurokkei)".